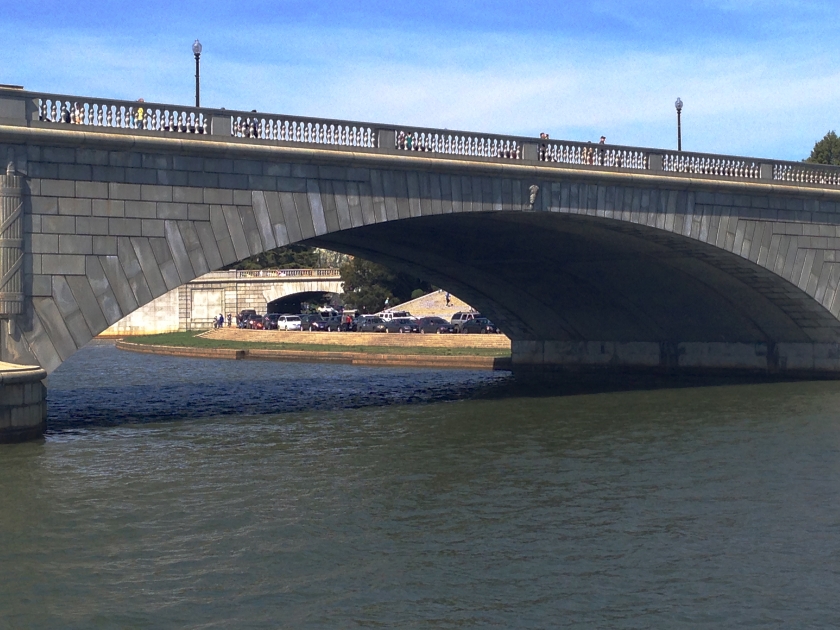 The week began with a national tragedy at the Boston Marathon.  It struck a personal note because my sister Jane finished the race about 10 minutes before the explosions and was nearby when it happened, as were several members of my family cheering for her.  In the horrible aftermath of those explosions we were not able to really recognize that she ran 26 miles at an 8:40 pace.  Nice job Jane!

Now it was Friday night and it seemed like the world was going to hell in a hand-basket  There were shootouts in the suburbs of Boston, and even worse than the shootouts, nonstop coverage on all the TV networks as they stretched 15 minutes of information to fill hours on top of hours!  A small town in Texas had been leveled by an explosion in a fertilizer plant and here in northern Virginia we were on a tornado watch!

Fortunately, the tornado never did materialize but it was clear that the best plan was to stay home for the evening.  Also fortunately, I remembered that we had a rack of lamb in the freezer and a special bottle of Virginia Syrah!

The wine was Prince Michel’s Quaker Run Farm 2008 Syrah.  It was aggressively fruit-forward, jammy even and probably not subtle enough for the meal it was paired with but not tragically out of synch either.  It was a purchase back in the fall when I stopped at the winery on my way to bike Skyline Drive in the Shenandoah Mountains.  This time I could sleep in the next day and not worry about riding my bike up an 8 mile mountain!

With a full ruby-red glass of wine poured, I seasoned the lamb, still in whole rack form and seared it in a very hot pan on the stove.  Once it had a good deep brown sear on both sides I put the pan in the oven at 400°.

While that came up to temperature I chopped some small cucumbers to a fine dice and then did the same with a fresh bulb of fennel.  Those got tossed with a squeeze of fresh lemon juice and some of the seasoned olive oil that previously held little fresh mozzarella balls (now long gone).  The salad was fresh and bright with a cold crunch and springtime flavors.

I then took a can of white beans and heated them, seasoned them, and added a tablespoon of crème fraîche and a sprinkle of shredded parmesan cheese.

At 130°, the lamb was just shy of medium rare.  I pulled it out, spread whole grain Dijon mustard on it, and sprinkled panko bread crumbs.  It went back into the oven with the convection fan on for about 4-5 more minutes till the breadcrumbs were browned.  The rack came out and rested for a few minutes and I cut two bones per chop.

The result was a comforting meal with a very seasonal spirit.  The Boston Marathon suspect was taken into custody, we could finally turn off Anderson Cooper, and local weather turned out to be just rain.

Not a bad start to the weekend!